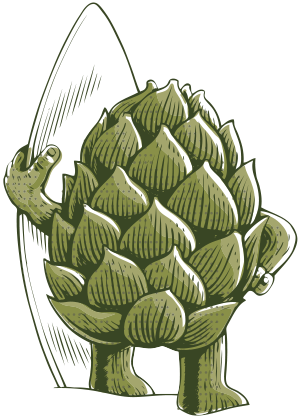 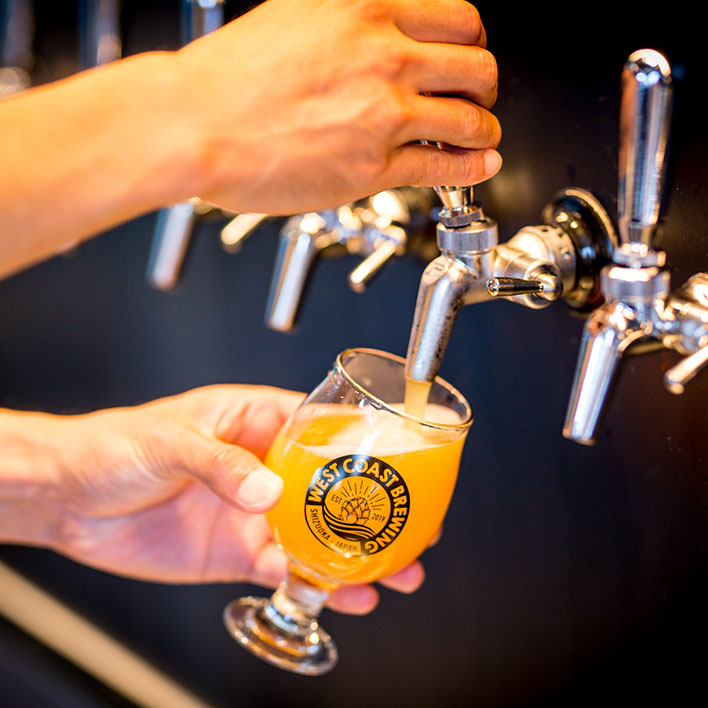 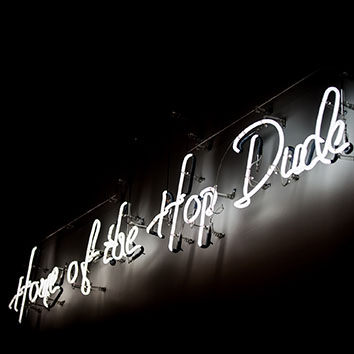 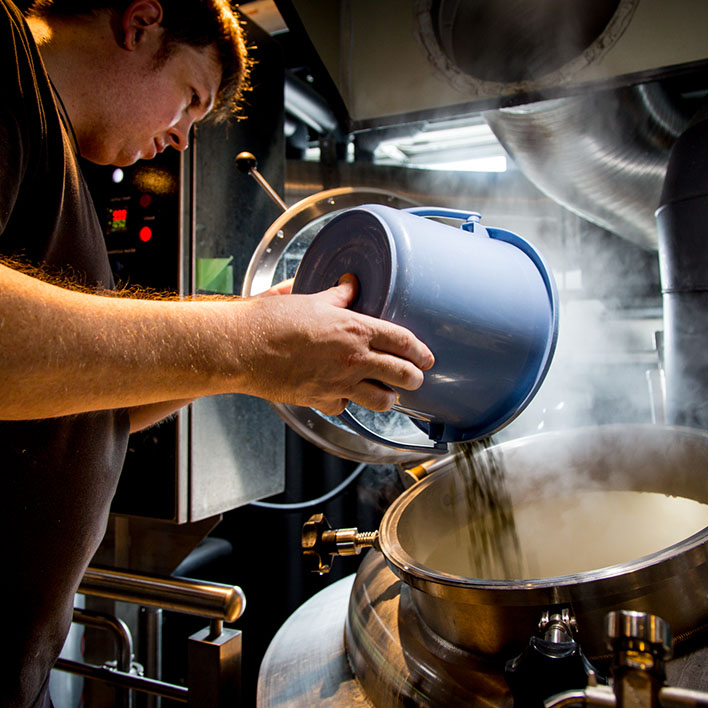 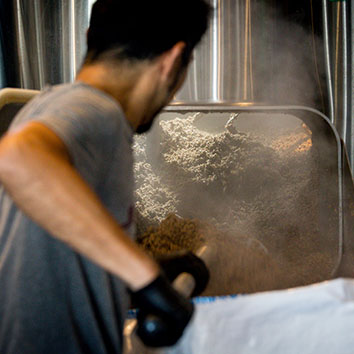 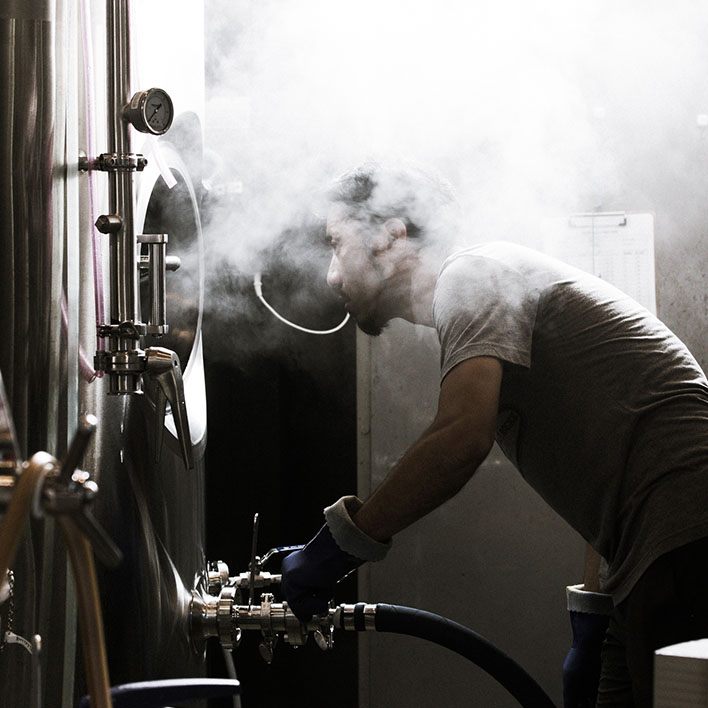 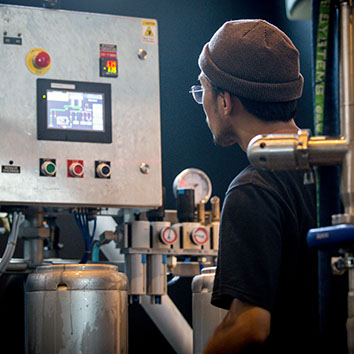 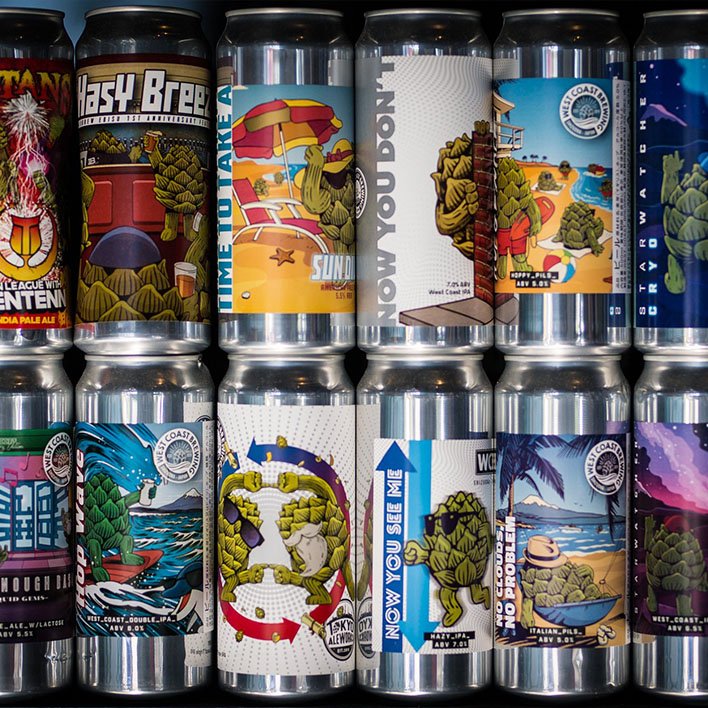 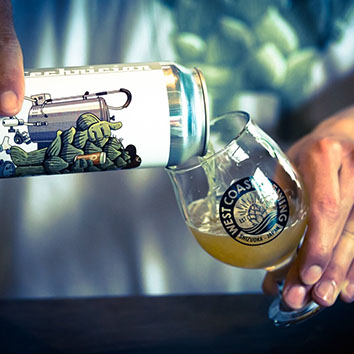 Well it isn’t exactly an epic—but I’ll give it a shot.

West Coast Brewing started out like a lot of foreigner-lead projects in Japan do; with a desire to bring and share the best of something from overseas. In our case obviously, this is beer. But not just any beer. I’ve always been inspired by the craftsmanship and spirit of the craft beer scene on the West Coast of the US. The collaborative competitiveness, the attention to detail, the constant churn of innovation and all for one shared goal - refreshment that is worthy of the effort you put into your everyday. People move the world and when you are winding down after a long day or long week, it better taste good. In Japan, with very few exceptions it simply didn’t. History has had its share of what was “good” in every generation - we are insanely fortunate now to live in the golden age of craft beer, and after countless travels and tastings my taste buds tell me no one does it quite like they do it in the states. So we are dedicating a portion of our lives to bring it to you. This is where West Coast Brewing begins.

This isn’t a pay to play beta test.

We aren’t out to reinvent the wheel. We also aren’t asking our customers to beta test our craft beer. We already know how to do it, and while there are plenty of hurdles to importing processes from other countries and cultures (and tax office jurisdictions) the real question is how do we turn people on to what we are pretty sure is 100% what you should be drinking, right now. We believe this starts and ends with prioritizing quality over absolutely everything else, so we can focus on sharing the differences in styles and flavors and helping you find something you enjoy drinking, rather than having to wonder what the beer might have tasted like if we had let it D-rest for one more day, lowered the pH a touch more, added one more bag of hops etc. Our beer isn’t perfect, but we aren’t pulling any punches, and we are confident that will translate into a craft beer experience worthy of your time and money.

The Land of Unicorns (and absurdly awesome brewing water)

Japan is for all intents and purposes Alice’s Wonderland—there’s really nowhere else in the world like it. The language = cultural barrier is a virtual wall that takes years if not a lifetime to understand let alone break through. The country is connected to the outside world only as much as those who are bilingual will allow. While the standard of living compared to other countries feels higher? there is a massive disparity in the availability of information because the English language just doesn’t happen here. How does this apply to beer? Import craft beer has been around for the better part of a decade and has paved the way for the domestic comeback—but if you know beer or love beer you know that with our beverage of choice, freshness is king. Add to the equation magnificent brewing water and a touch of Japanese craftsmanship and there is no reason not to brew in Japan. Yes the ingredients are essentially 100% imported, the tanks/equipment are almost always manufactured in another country, and space is at a premium. All of this means the beer is super expensive but, the price we pay for good stuff? Might not be able to crack open as many as you would say if you were back in LA, but you’ll still get a hit from time to time and beyond flying back and getting it on, I guarantee it’s worth it.

Consistency is awesome and incredibly difficult. It’s harder to make the same batch of beer with the same quality day in and day out than it is to make something new—you’ll always have a longer leash on the latter, and the expectations from drinkers for the former are always going to be there. At West Coast Brewing while we can certainly find the fun or satisfaction in brewing a beer like Starwatcher consistently, it’s the constant creative churn that drives us. It’s working through styles that match seasons and moods, but making certain they are undeniably WCB. There is a part of me that knows Japanese drinkers who are new to craft could probably use a flagship beer as something to latch onto—to help them find their footing in the craft scene and discover a brewery they like. There is another part of me that wants to constantly push the envelope, sharing with our fans new angles, trends, ingredients and styles, to maximize this awesome thing we share. And so while we will revisit beers from time to time, there is always going to be a push for new, experimenting and ultimately getting the most out of everything brewing can be.

Beer First; everything else second

Cliched for sure, but at WCB beer and beer quality are priority one. Any decision we make is made with beer quality in mind beyond all else. We ask all of our wholesale customers to sign off on keg handling and temperature settings prior to sale, and expect them to honor their pledge. All of our ingredients are cold-chained, and our beer is kept chilled throughout the packaging and shipping process, without exception. We didn’t spend an additional $20 a kg for cold-chilled shipped Citra to have someone let our beer sit out in the 30C degree heat for a couple of hours. Be sure that we are doing anything and everything we can to make certain you are drinking the highest quality beer. The idea is to deliver you the same beverage experience you would have if you flew across the ocean or beyond, and that will never change.

A Note on “Balance”

What exactly is balance? At WCB (for IPAs in particular) it is having a strong / pronounced hop aroma and flavor throughout the beer. We didn’t put all of those hops in for you to miss them. Balance also means a bitterness (or tartness in the case of sours for example) that fits the style in question. Not overwhelming or overbearing, but there to complement and accent. And finally balance means drinkability. We want you to go back for more. In Japan’s infamous heat and humidity, and at least for where our palates are at, this means the beer finishes fairly dry in most cases. Our recipes focus on achieving this balance and this is where we are setting our sights when we go about putting together something new.

So you’ve read this far—cheers for that. Where is WCB headed? There are still so many beers we want to make and have yet to approach. So much great stuff being made by brewers in the states in particular through collaboration and experimentation that we have yet to sample, let alone enjoy and explore ourselves. This really is the golden age for craft beer—and we intend to get the most out of it. This will probably mean leaning IPA as we have for our first 2 years, but we are super excited also about our “barrel program” (aka lots of barrels in a separate warehouse), and other experiences we are working on going forward we think are going to be really exciting for our fans and for craft beer lovers in general. We are also looking forward to pushing out of Covid and collaborating with other domestic brewers, sharing information and paying forward all of the great advice and knowledge we have been given in the past. The future is going to be a lot more of the same—creative churn, bringing over new ideas and cooking up brews that are uniquely WCB. We hope you’ll continue to share your craft beer journey with us, and thank you sincerely for your interest and support.